If you want to get a U.S. green card based on your job in the United States, or if you are an employer that wants to sponsor someone for a green card, you must go through a multi-step process. This process generally involves complicated filings with the U.S. Department of Labor and U.S. Citizenship & Immigration Services (USCIS).

Second, most employment categories require that the U.S. employer complete a labor certification request (Form ETA 750) for the applicant, and submit it to the Department of Labor’s Employment and Training Administration (DOL). DOL must either grant or deny the certification request. This process requires the employer to prove that it cannot find a qualified and willing U.S. worker for the position. This process is commonly referred to as Labor Certification.

Fifth, if the applicant is already in the United States, in some circumstances he or she may apply to adjust to permanent resident status (Form I-485) after a visa number becomes available. If the applicant is outside the United States when an immigrant visa number becomes available, he or she will be notified and must complete the process at his or her local U.S. consulate office.

There are four categories for granting permanent residence to foreign nationals based upon employment:

EB-2 Professionals with advanced degrees or persons with exceptional ability

Make An Appointment For A Free Initial Conference 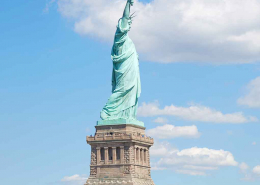 Are you in need of legal advice or assistance for any of the above topics?  You may benefit from having a brief conversation about your situation.  Please contact us today to start!

If you do not want that we track your visist to our site you can disable tracking in your browser here: